This post is based on personal experience and not to be taken as medical advice. Consult with your doctor when making medical decisions.

I don’t know about you, but when my baby got his first cold (and his second) I felt terrible.

Trying to soothe him through pitiful whimpers and all-out screams was tough enough for this new momma from a medical perspective, but to add to it the total uselessness I felt when none of my maneuvers calmed him – ouch.

Coping with baby’s first cold is necessary, but tough.

When Little Man got his first cold, he was (obviously) uncomfortable.

Who could blame him?

He’s brand new to the world and everything is already new and overwhelming.

Now add to that the sudden discomfort and pain that he doesn’t understand, can’t explain, and couldn’t understand if I tried explaining it to him.

He was so congested that, even when he fell asleep, it wasn’t for very long.

He would wake up hacking and snorting – it made my heart hurt.

Add to it that, twice after a feeding he threw up. We’re talking, full out projectile vomiting.

Little Man barely spits up on a bad day, so it was unusual and concerning. After consulting with his doctor (which I recommend doing), here are some things that seemed to help us when coping with baby’s first cold:

When coping with baby’s first cold you want to feed on demand.

Normally Little Man ate on a schedule. Not necessarily because we put him on one during the day, but he seemed to get himself into one. When he was sick, however, he didn’t seem to be quite so hungry at his normal feeding times.

His pediatrician assured us that having a smaller appetite was normal for a child with a cold. 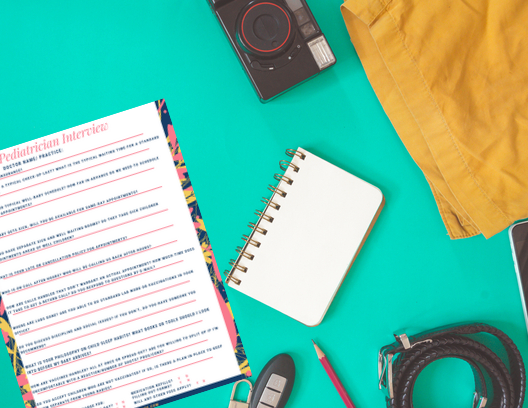 Grab the printable interview questions and keep track of which pediatrician fits your needs best!

I found that feeding him more often seemed to help keep him calm.

Not only do babies find breastfeeding calming (which is what I was doing at the time), it seemed to be one less thing to fuss about – if he was eating less, but more frequently, he never really got to the point that he was fussing because he needed to be fed.

Hold him more when he’s sick

Babies like the security of being in their parent’s arms. And like I said earlier, it must be scary being sick for the first time!

Little Man was certainly calmest in Hubbaloo’s or my arms.

Suck that snot out

Help relieve some of that congestion by sucking that snot out.

But no one ever made you think motherhood would be glamorous, right?

Little Man seemed to always get the very drippy nose, so we never had to use a saline solution before sucking out the snot.

The Nose Frida was great at relieving the congestion, but I would note that our little guy really hated the process of having it used on him. Even if he did ultimately get to breathe a bit better.

Little Man’s second cold came with a slight fever. Tylenol worked wonders for this and he seemed to be in much better spirits within an hour of taking it.

I’m generally someone who hates the idea of medicating for the sake of medicating (I even put off taking Advil for my own headaches as long as I can), but I did not expect my infant son to “power through.”

Again, I recommend talking with your doctor.

Ours recommends ibuprofen for fevers after 6 months of age, but as the first fever our kiddo has gotten came before that age, Tylenol was the recommended pain reliever/fever reducer.

This one worked well in part because Little Man already LOVES the bath. It was an especially good way to get him to relax when nothing would calm him.

You may be rolling your eyes at that one.

A total no-brainer, but how?!?

You and I both know that sleep helps heal our bodies. Babies don’t know that, and even if they did, sleeping and staying asleep does not come easy with a cold.

Putting Little Man to sleep at an incline, though, was a total game changer. We received a Fischer Price Rock n Play** from one of my aunts and it really helped, though there are other ways to keep your child at an incline.

Playtime aside, we use it to let Little Man sleep (under our supervision) while he isn’t feeling well.

Not only does he wake up more like his usual happy self (as opposed to screaming in discomfort like he did in his bassinet), he also fell asleep MUCH quicker.

This list is just a list of things that we have found to have worked for our baby.

If you’ve found other tricks that have helped your little one, feel free to leave a comment below!

Notably, colds are normal for kids.

Little Man was born in September, and Maryland winters are a prime-time for colds for people of all ages.

Despite being totally unnerving for you and your baby, they aren’t necessarily harmful. But speak with your doctor about any concerns you have regarding your baby’s first cold (or any illness).

** The Fischer Price Rock N Play has since been recalled.

You may also want to check out: