This post was a little harder to write than some of the others just because it almost feels embarrassing to admit. I mean, I could talk to you about breastfeeding struggles, and tearing during the birthing process, and uncomfortable weight gain, but being constantly annoyed at my husband after we had our baby? About how hard marriage can be when a new little one overturns your home and your life? That’s tough. It’s embarrassing. And it was made so much more difficult when I saw so many new moms just gushing about how “beautiful” and “wonderful” it was to watch their husbands with their new child.

And, sure, I felt that sometimes. But I also felt angry at him. Like, really resentful. Why was it ok for me to be up all night every night with a crying baby and he wanted kudos for getting up, swapping the kid’s diapers, and plopping back in bed. And then he was allowed to bemoan how tired he was the next day to me?!? Was I the only one who was capable of hearing our son’s cries in the middle of night?

Even if your husband was able to anticipate your every need, want, and concern prior to having your child (impressive!), you’re not the same person after having your baby and neither is your husband. You have an entirely different set of needs and your needs can sometimes change on a dime, depending on the needs of the child who relies on you! It’s unfair to be constantly annoyed at your husband after baby and to expect your husband to “know you” as well as he used to and to be able to anticipate your needs when you’re a new version of yourself with a new set of needs! Give yourself time to learn how to anticipate one another’s needs and expectations – you’ll be much happier if you appreciate the fact that neither of you are who you used to be and work to appreciate those new versions of yourselves and the new needs that come with your new roles as mom and dad.

This is something my husband and I really struggled with after the birth of our son, mostly because I expected my husband to read my mind. Then one day he said to me, exasperated, “if you tell me what you need and I don’t do it, THEN you have the right to be mad at me! But if you need something from me and you don’t tell me, that’s on you!” And you know what? He’s not wrong. And I appreciated his candor – he wasn’t trying to regulate my emotions by telling me I wasn’t allowed to be mad at him. He was giving me permission to be mad at him if I made my needs clear and he didn’t help me, but he wasn’t about to take a personal responsibility for being a mind reader. It’s made a world of difference. There have been days when I have just been so tired that I couldn’t get up with Little Man. If I turn to the hubster and say “I need you to get up with him” then he does it without complaint. Even if he isn’t happy about it.

His Needs May be Greater than Your Wants

In the first year with our little one my husband was kicking off his second job, working crazy hours. You can be insanely annoyed at your husband after the baby, but try to remember that your husband just went through a major life-transition with you. While his sacrifice may not seem comparable to your own, your body having been ravaged by a human growing inside of it then bursting out and subsequently using your body to eat at all hours of the day, his life turned upside down when you brought home your bundle as well. There will be days when he’s struggling. Really struggling. And part of being married means that sometimes you may want an extra hour of sleep, while your husband actually feels the need for that extra hour as a legitimate necessity (and vice versa). Comparing whose need is greater does you no favors—you both need to rely on one another to trust that you can each communicate when you actually need something versus when you just really want it. 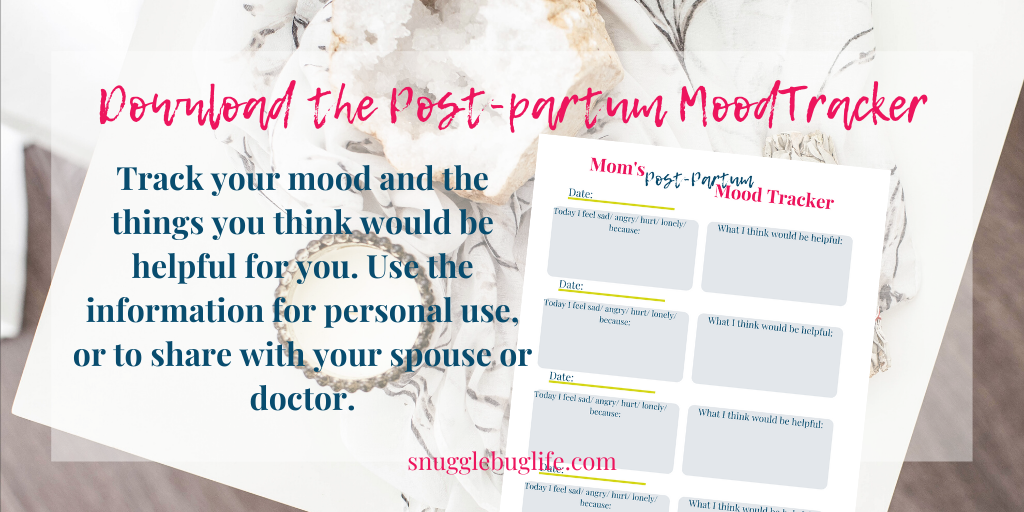 Keep track of how you’re feeling, why you’re feeling that way, and the things that you think would be most helpful. Use that information to gauge how you’re doing over time, to have intentional conversations with your husband, or to discuss how you’re coping with a medical professional.

Honestly, some people just aren’t baby people. Which is a weird way to think about the father of your child, but he may be so in love with your child and yet still be a bit awkward when trying to figure out how to hold your baby the way he or she liked it best. It’s not a reason to be annoyed with your husband after baby (though if you are, then you’re totally entitled to feel that way).

My husband was great with our son, but he didn’t seem to treasure those infant moments like I did (which isn’t to say that he wasn’t perfectly loving and doting). I had a really hard time with that. I just couldn’t comprehend why he would shrug off the chance to cuddle or bathe him – content to do it but not particularly seeking it out. Now that our son is a full-blown toddler, though, all of that has changed. He’s always loved our son, but the amount of times he has sought out time with our son in new and fun was has really shaken my perspective. He was made to be a toddler dad.

Men and women are wired differently

There were so many times, particularly in the early days after our son was born, that I would be angry when our son would be crying and my husband seemed to literally be totally unaware – deep in sleep himself. Being simply annoyed with my husband after baby would have been an understatement – I was absolutely indignant that he was pretending to sleep through such obvious crying or, perhaps just as impossible, actually sleeping through the sound.

It turns out, though, that men and women are actually wired to respond to the sound of a newborns hunger cries very differently. A study conducted by NIH had men and women both let their minds wander and, while the brains were in state of rest the researchers played recordings containing white noise and intermingled it with the sounds of a crying baby. Women’s brains actually reflected that their brain activity showed a sudden switch to a more alert state when they heard the sound, whereas the men’s brain remained in the relaxed state. How annoying is that?! But it may be a useful reminder next time you’re wondering if your husband is just pretending or if his brain, impossible as it may sound, actually doesn’t recognize the baby is crying.

Keep track of how you’re feeling, why you’re feeling that way, and the things that you think would be most helpful. Use that information to gauge how you’re doing over time, to have intentional conversations with your husband, or to discuss how you’re coping with a medical professional.

You may have a different relationship with the baby

You grew this beautiful person INSIDE YOUR BODY for approximately 9 months! When he or she is born she knows you and immediately finds comfort in your arms and on your chest. Add that that, if you are, or have been at any point, home with your child on a consistent basis (more than your husband), then your bond is already unique. Your ability, therefore, to know and recognize your child’s various types of crying is nearly unbeatable. Add to that, if you’re breastfeeding, then you’ll have a truly uncanny ability to recognize feeding time (hello leaking breasts)! It’s not fair to expect him to have knowledge of the same way to relate to the baby with less time.

Give Yourselves Time to Adjust

Having a baby is hard. Like, really, really hard. But I found that reminding myself why I married my husband, why I chose to have a child with him really helped me when I was most annoyed with my husband after our baby. And honestly, having come out of those early months of having a battered and foreign body to call my own, sleep deprivation, breastfeeding difficulties, and social isolation, marriage can be so, so good. The problem is, you really have to fight against the resentfulness and generally being annoyed with your husband after the baby comes come.